If you are married but do not have any children of your own, the surviving spouse will not inherit you alone - as is often wrongly assumed - but together with your parents or, if they are no longer alive, together with your siblings and possibly their children.

If you are not married and have no children, then your parents or, if they are no longer alive, your siblings and their children inherit. As far as these should not live anymore, then accordingly the more distant relatives.

In a last will and testamentary disposition on death (= will or inheritance contract) you can determine - in contrast to the legal succession - who is to receive your assets after your death and at what rate. The heir appointed by you will, in principle, assume all legal positions that you yourself hold by way of universal succession in the event of your death. Therefore, you do not have to assign individual assets to an heir, but you only have to name him/her as a person as heir. He/she will then automatically become the owner of all your assets upon your death. If you appoint several heirs, this majority of heirs forms a community of heirs.

A distinction must be made between heirs and legatees, who are only assigned one or more individual assets in the event of death. An heir can also be appointed as legatee if he is to receive a single asset in addition to his quota share of the total estate.

In a will, you can also make precise instructions as to how a community of heirs is to be divided, appoint an executor of the will, regulate successions for several deaths and much more.

c) Since a will must always be individually adapted to the concrete inheritance situation, it is necessary to clarify regularly in a preliminary meeting which regulation seems to be the most suitable for your succession. Consider in advance how you want to distribute your assets in the event of death. The concrete legal implementation will then be discussed in detail in the appointment.

How to get to us 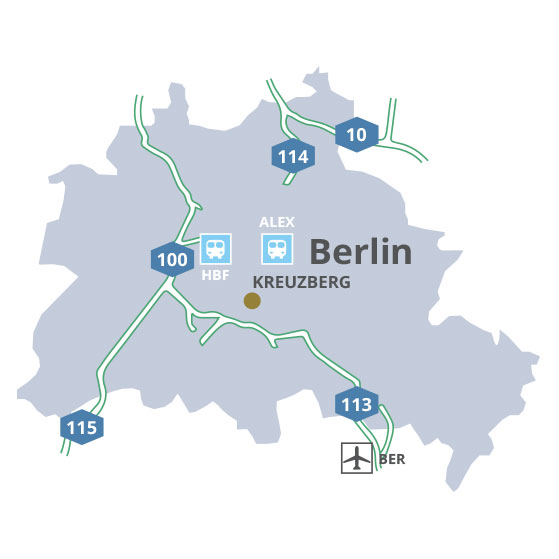 On the A 100 take exit 20-Tempfelhofer Damm, then head north on the B96 (Tempelhofer Damm/Mehringdamm) until you reach Mehringdamm (on the left approx. 100 m before the Mehringdamm/Gneisenaustr. intersection).

Alternatively, you can reach us by bus M19 (station U-Mehringdamm) or by bus 140 (station Yorckstr./Großbeerenstr.). 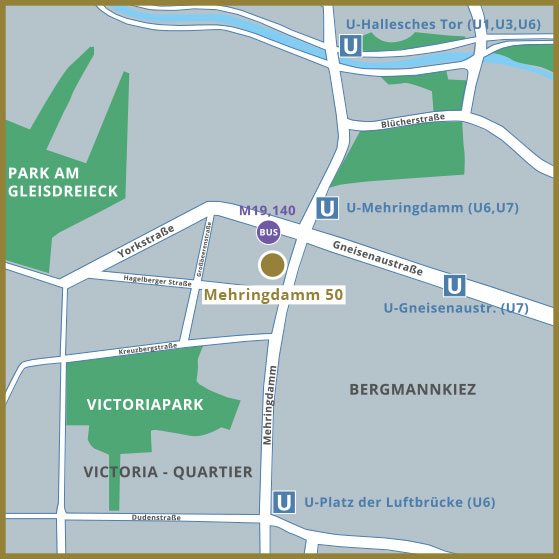